Chimney Rock Over The Years 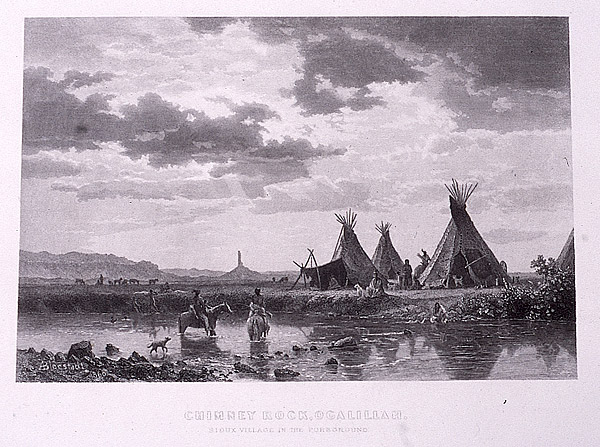 In 1859 Chimney Rock inspired Albert Bierstadt, the great painter of western landscapes.  This engraving of a Sioux Village along the North Platte River was based on one of his paintings. 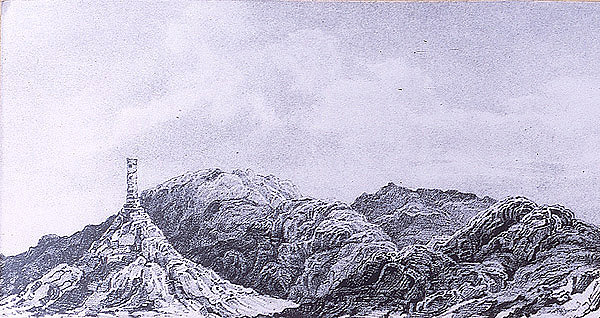 Charles Preuss, a cartographer and draftsman assigned to John Fremont’s party of army explorers, drew a sketch on July 10, 1842.  Because of his training Preuss’s depiction of Chimney Rock, later turned into this engraving, is probably one of the more accurate. 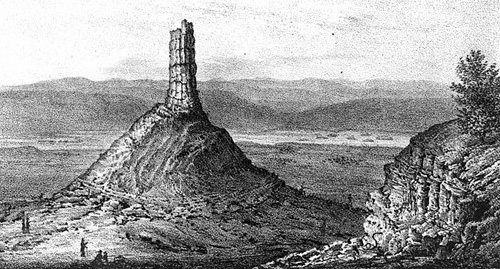 William Quesenbury traveled from Arkansas to California in 1850 but returned to the states the following year.  During his journey, he produced a series of finely-penciled sketches, including this magnificent view of Chimney Rock from the east. 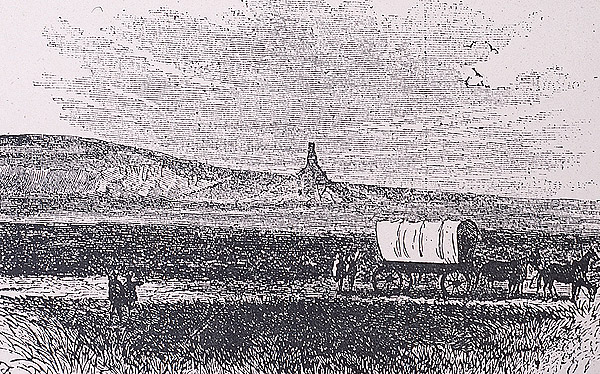 George Ottinger, a Mormon sketch artist, went to Salt Lake City in 1861 to avoid being drafted into the Confederate army.  His rendition of Chimney Rock appeared later as an engraving in Harper’s Weekly, November 2, 1867. 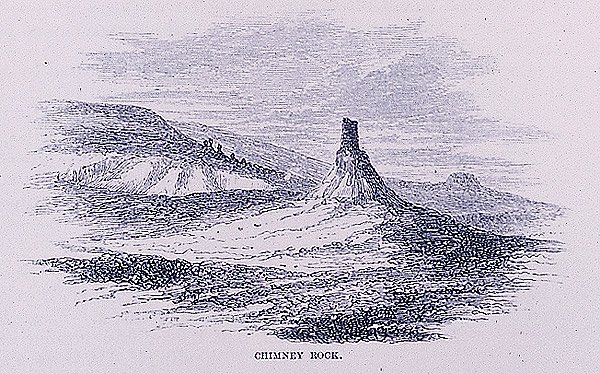 “I took occasion to sketch the far-famed Chimney Rock,” wrote Richard Burton in 1860.  An engraving accompanied his popular account of his trip. 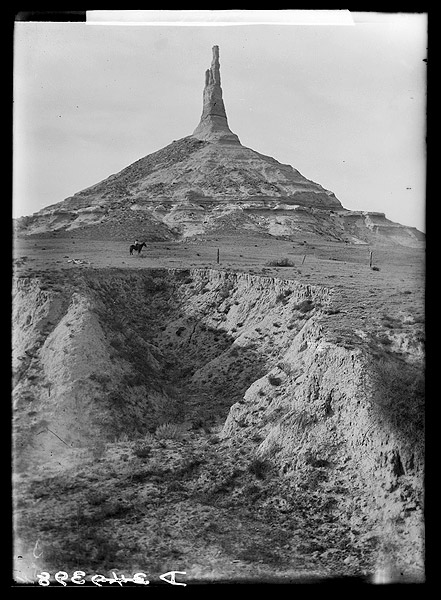 This photograph of Chimney Rock was taken around 1902. 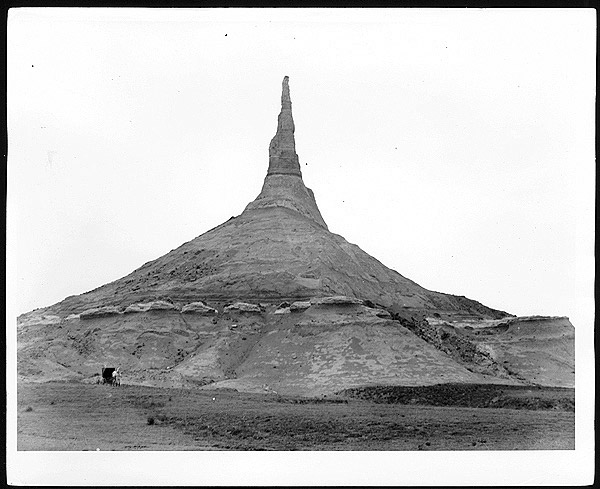 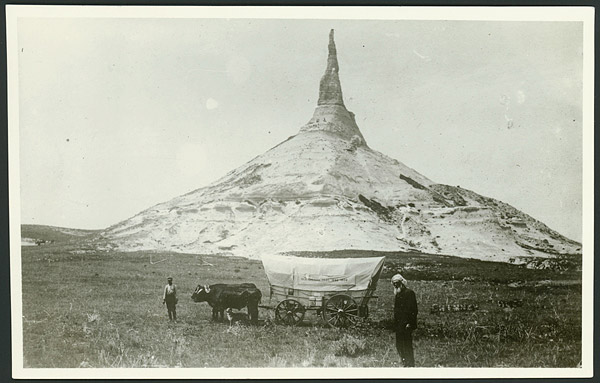 In 1906 Ezra Meekers, an 1852 pioneer, retraced the trail with two oxen and a dog and passed by Chimney Rock. 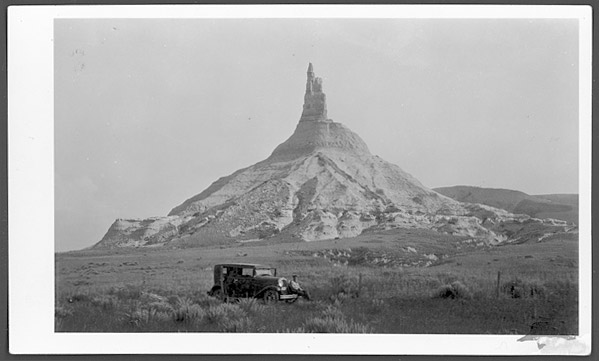 In 1929 Emil Kopac took this photograph of Chimney Rock. 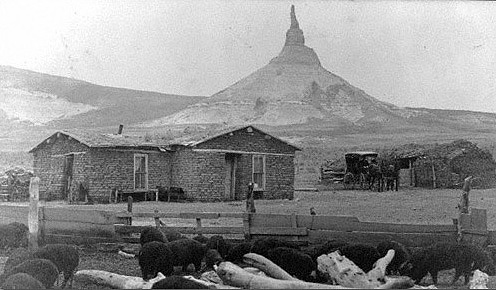 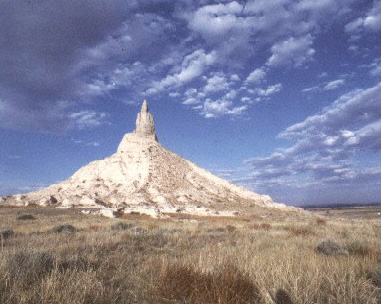 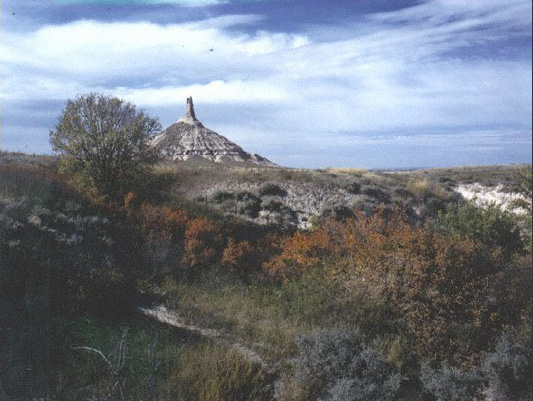 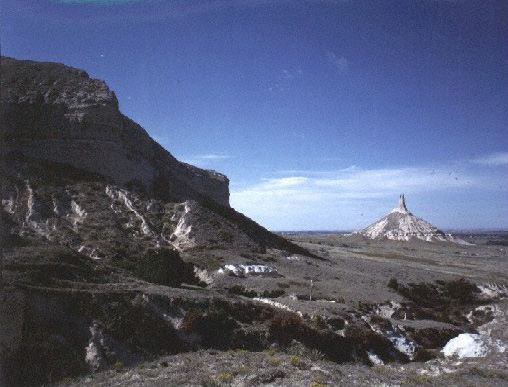 These three photographs were taken in 1993. 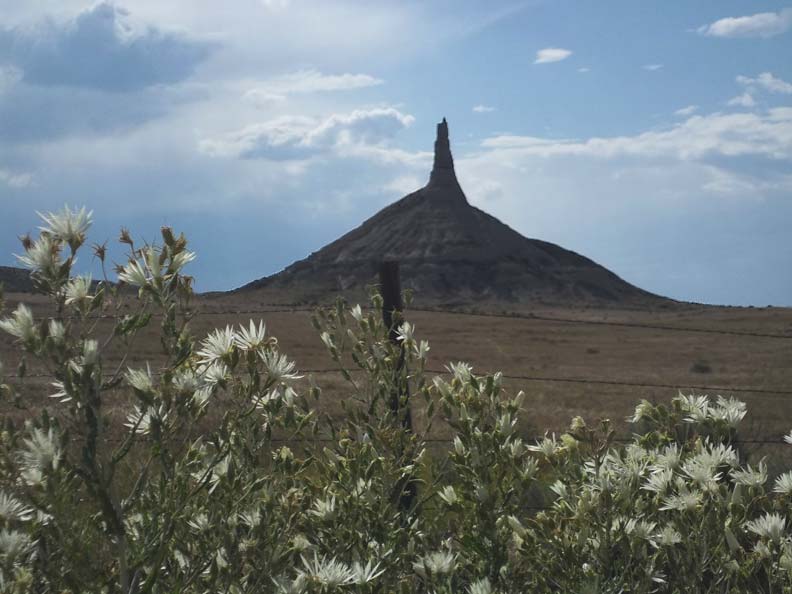 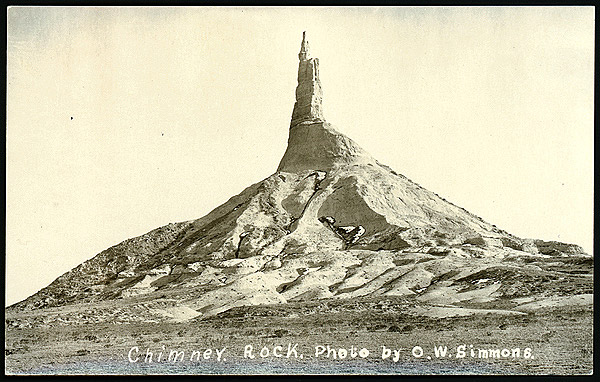 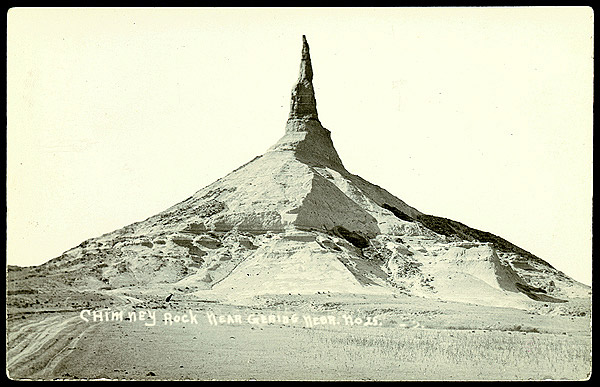 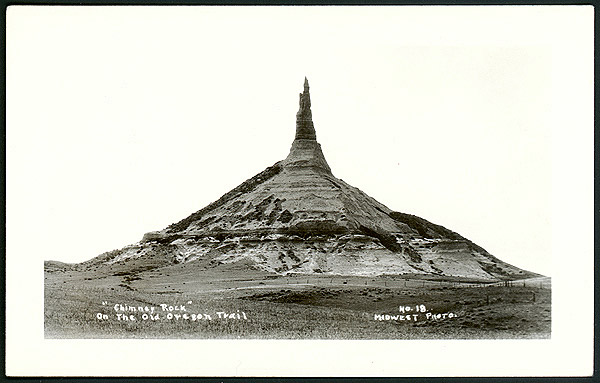 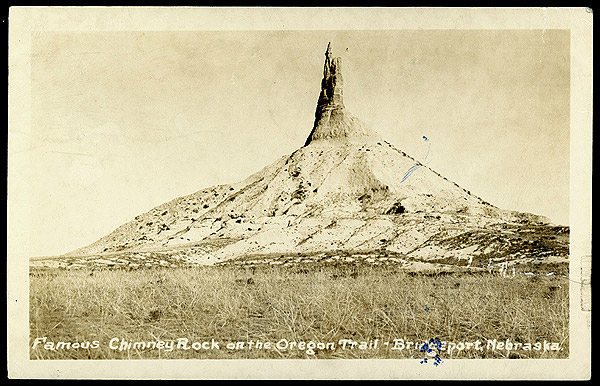 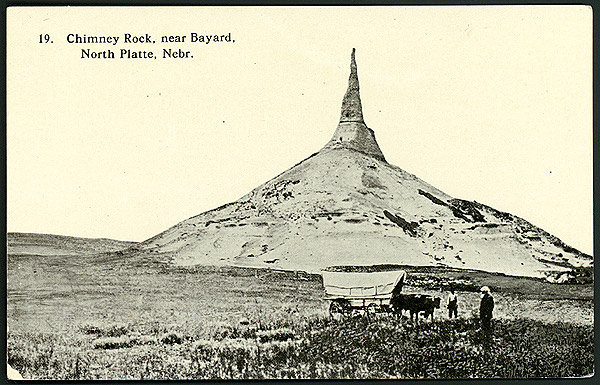 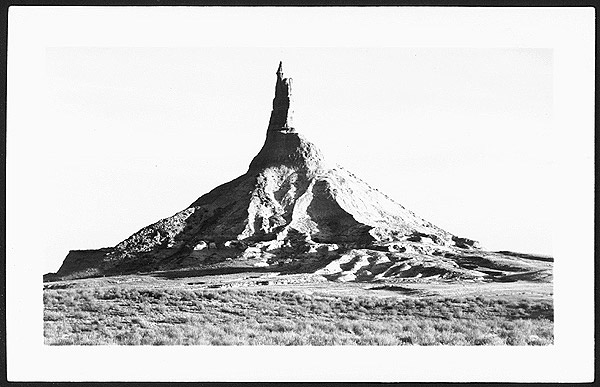 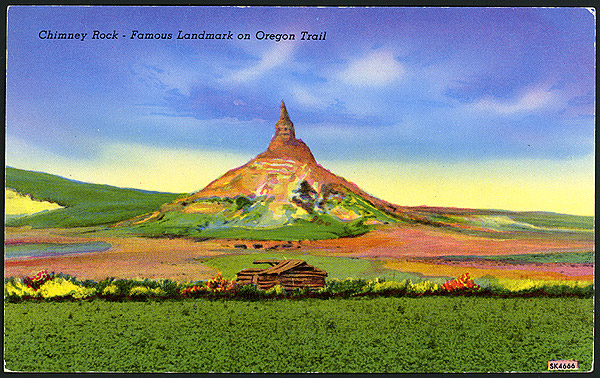 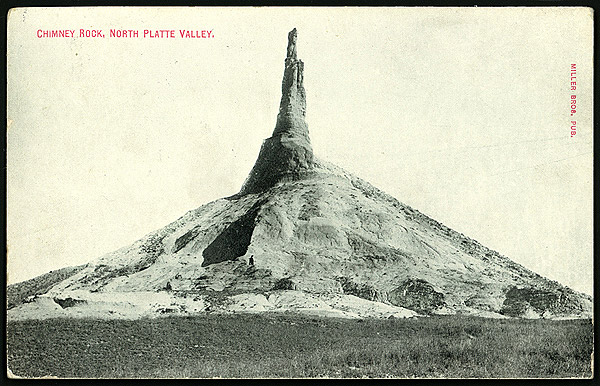 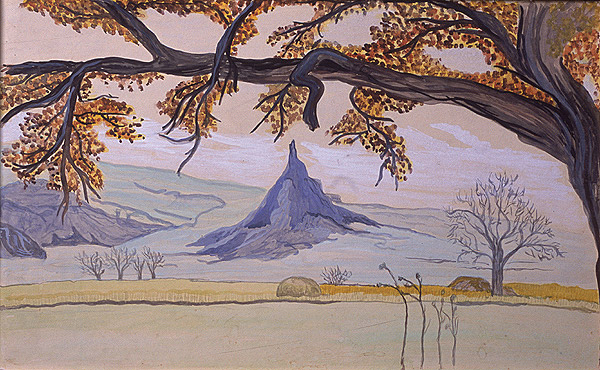 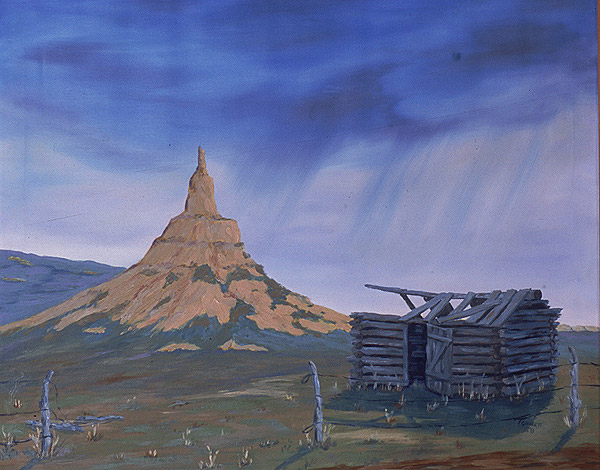 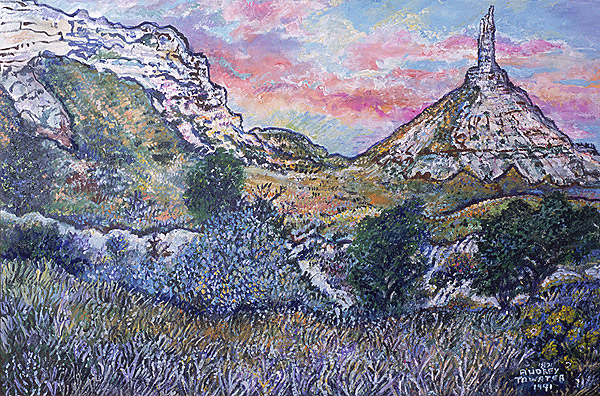 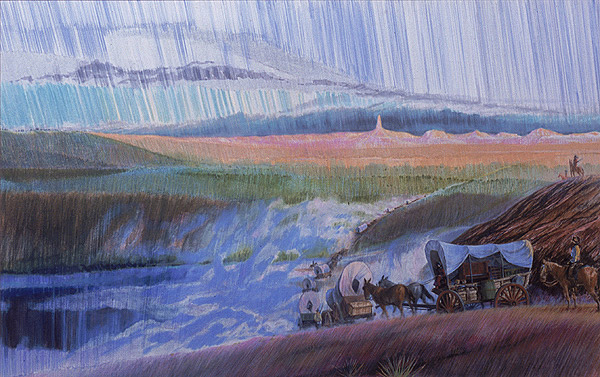