Fort Robinson is one of the great historic places of the American West.  The post began in 1874 as a temporary encampment during the Indian Wars. Through the years Fort Robinson was continually expanded and became one of the largest military installations of the northern Plains. The post survived beyond the frontier period and was used by the U.S. Army after World War II. 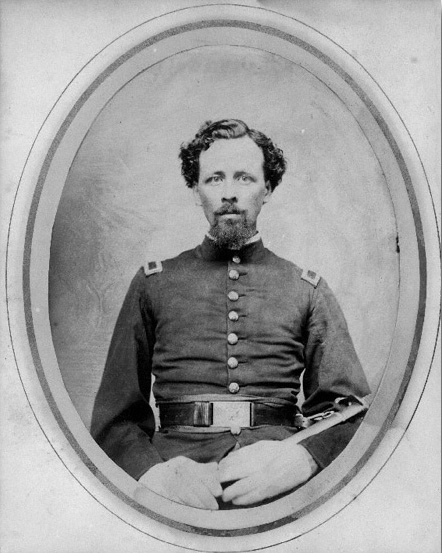 Lieutenant Levi Robinson, the namesake of Fort Robinson, was killed in February 1874 by Native Americans from the Red Cloud Agency while on a wood gathering detail near Fort Laramie. Camp Robinson was one of several army posts established to protect Indian agencies.  For the first four years, the post provided security for nearby Red Cloud Agency.  The soldiers also guarded the Sidney-Deadwood Trail to the Black Hills and the surrounding region. Although the agency was moved in 1877, Camp Robinson remained.  As an indication of its permanent status, the designation “Camp” was changed to “Fort” in 1878. 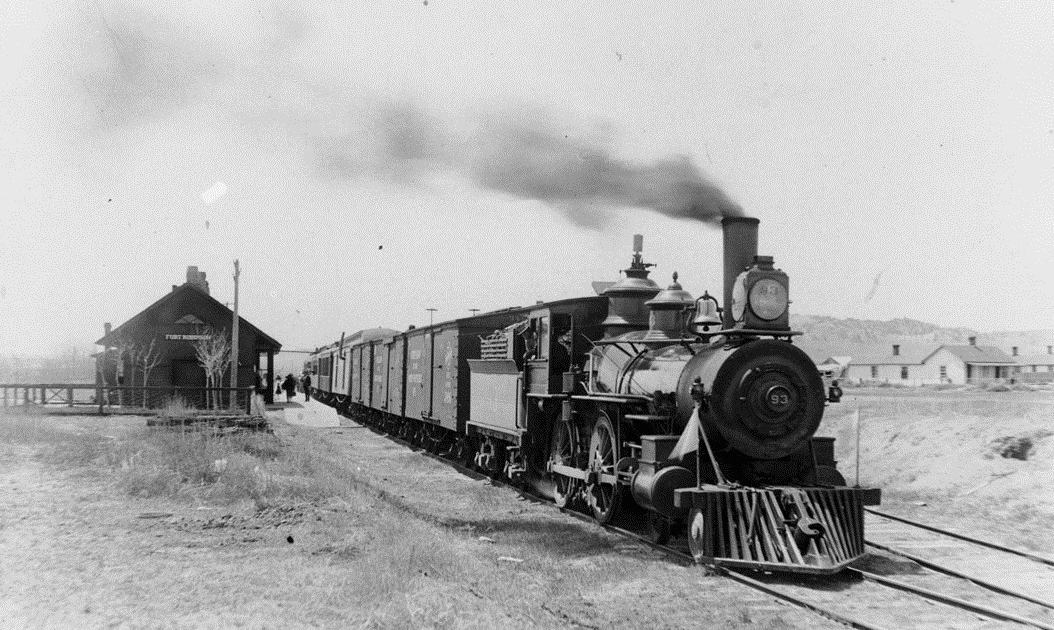 
The mid-1880s brought a critical change to the history of Fort Robinson.  The Fremont, Elkhorn & Missouri Valley Railroad had arrived, and the army decided to expand the post.

The railroad gave Fort Robinson a new strategic importance: Soldiers from the post could quickly be transported to trouble spots. In the late 1880s, the fort was greatly enlarged and replaced Fort Laramie, Wyoming, as the most important military post in the region. The railroad guaranteed Fort Robinson’s importance and prolonged its military occupation. 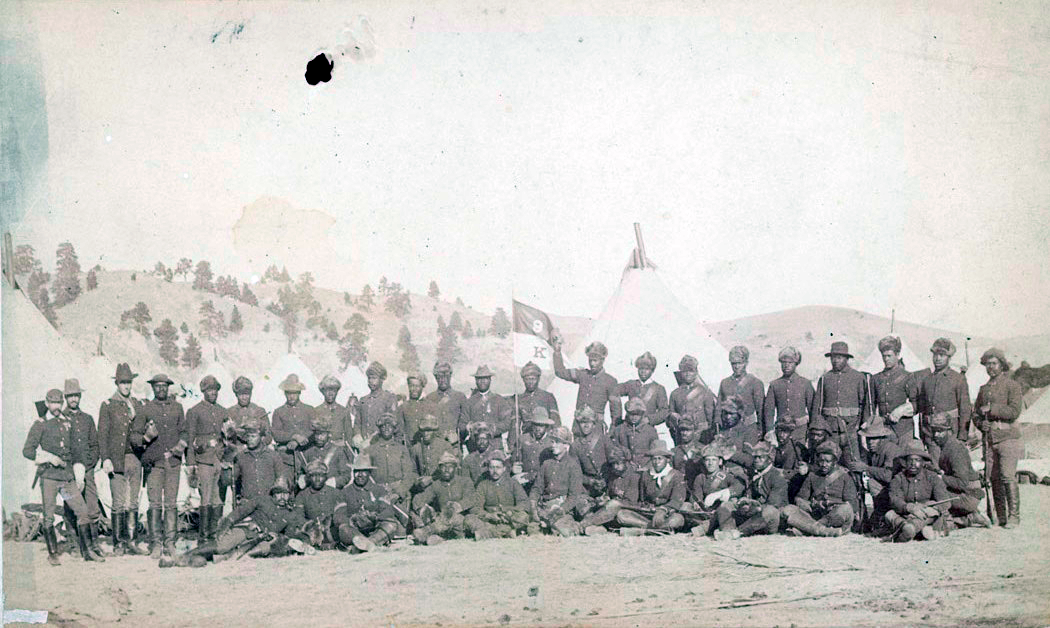 K Troop of the Ninth Cavalry in front of tents, possibly at Pine Ridge Agency, about 1890. Tenth Cavalry guard detail in front of the post guardhouse, around 1905.


In the winter of 1890 attention turned to the Pine Ridge Indian Reservation with the Ghost Dance movement. The first soldiers sent to Pine Ridge to monitor the situation were from Fort Robinson.

After 1900 the fort continued as regimental headquarters for the Tenth, Eighth, and Twelfth Cavalry regiments.  In 1916 the remaining units at Fort Robinson were transferred for duty along the Mexican border.  The post was virtually abandoned throughout World War I. 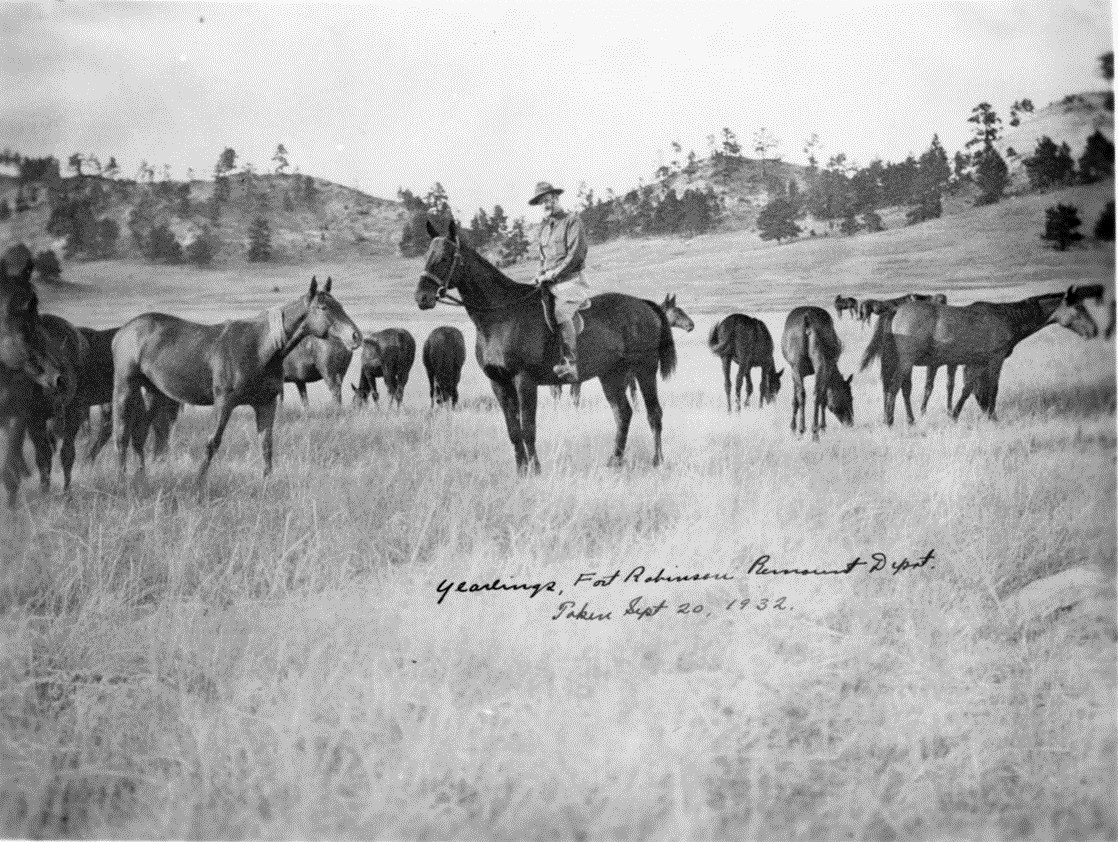 
In 1919 Fort Robinson gained new life as a quartermaster remount depot as part of the Quartermaster Corps, which is the branch of the U.S. Army responsible for supplies, equipment, and animals.

As a remount depot, the post became an animal processing center for the cavalry and artillery. Here horses were received, examined, cared for, and eventually issued to mounted units. Remount stallions from the post were assigned to civilian agents for breeding. 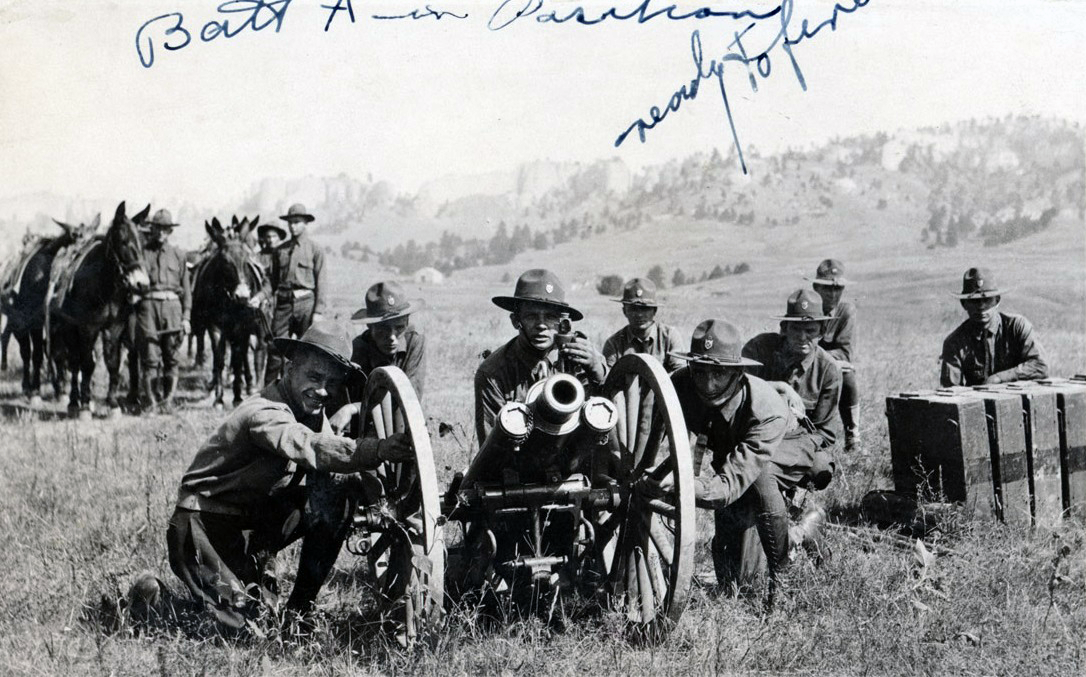 
Other military functions were carried on at the post during the remount period.  From 1928 to 1931 the Fourth Field Artillery, a pack-artillery battalion was headquartered here.  From 1933 to 1935 the post served as a Civilian Conservation Corps camp, regional headquarters, and hospital center. 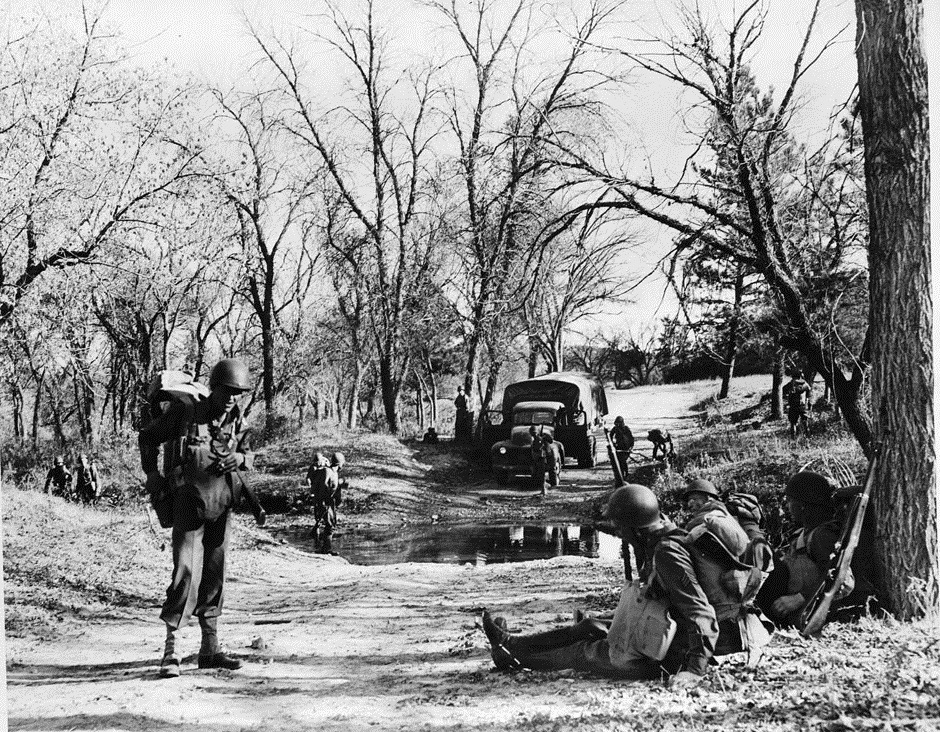 Troops in training at Fort Robinson during World War II.


The busiest years at Fort Robinson were those of World War II. With cavalry regiments being dismounted, large numbers of horses were shipped to the remount depot. By 1943 there were 12,000 horses at Fort Robinson, though the herd was gradually reduced.

Pack mule training at the post increased during the war years. By the end of the war, nearly 10,000 mules had been trained or issued. 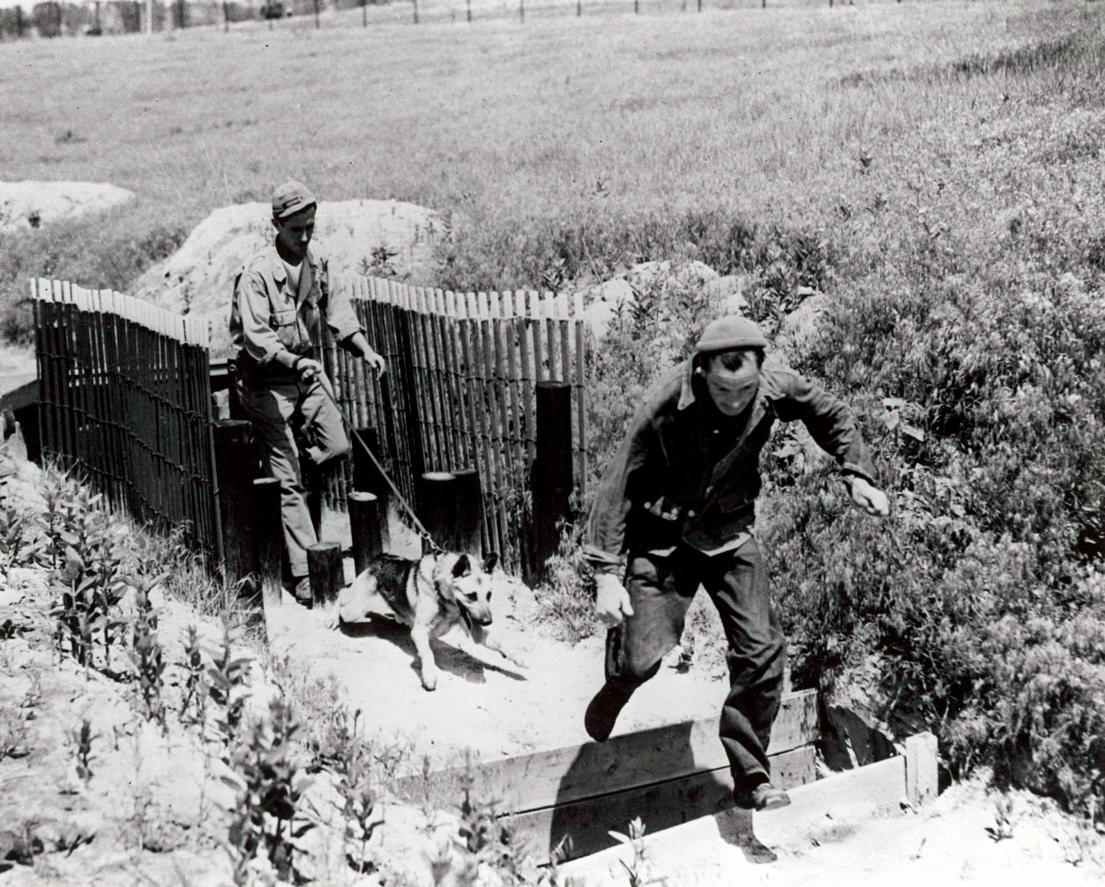 In the fall of 1942, Fort Robinson welcomed a new K-9 Corps reception and training center. Until the end of World War II, dogs for the army, army air force, navy, coast guard, and civilian agencies were trained at the fort. Around 14,000 dogs were shipped to Fort Robinson for training during this era of the fort’s history. In 1943 a prisoner of war camp was constructed on the military reservation between the post and town of Crawford.  The presence of enemy soldiers brought home the reality of war to Fort Robinson.

After the war, the various military activities at the post were phased out.  In 1947 the army decided to abandon Fort Robinson.  The old post was transferred to the United States Department of Agriculture for the use as a beef research station.  In 1948, after some seventy-four years of use, Fort Robinson ceased to be a military post.

U.S.D.A. operation continued at the fort until the early 1970s. The demolition of post buildings in the mid-1950s led to efforts to preserve the fort as a historic site and recreational park.  The Nebraska State Historical Society established a branch museum here in 1955.  About the same time Fort Robinson State Park was crated in a part of the old post area.  After the beef research operation was phased out, the remaining post area and military reservation was transferred to the state of Nebraska for public use.