History of the Neligh Mill 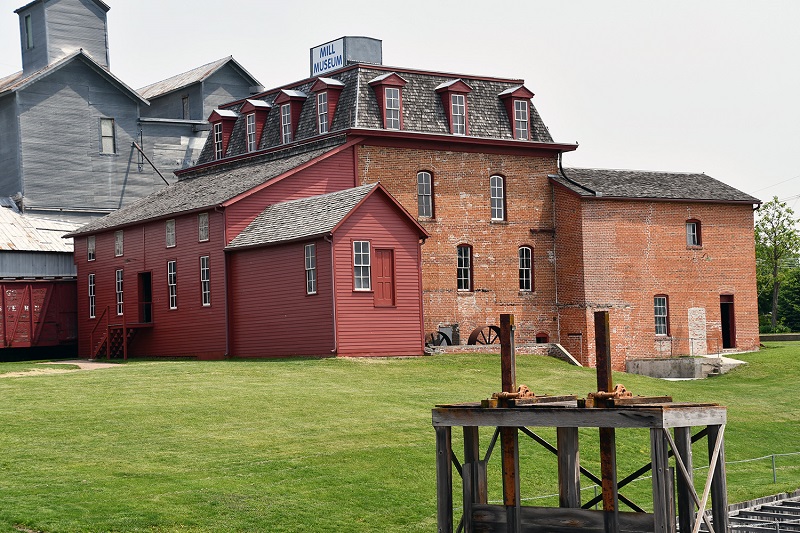 History of the Neligh Mill

Widespread settlement across Nebraska led to an increased need for flour mills that would grind grain into flour. Among the many mills that sprang up across the state was Neligh Mill, one of the state’s major mills and which operated for over seventy-five years.

Construction of the brick mill building was started in 1873 by the town’s founder, John D. Neligh. The mill was completed by W.C. Gallaway, an early Neligh businessman who then assumed ownership. Gallaway improved the brush dam on the Elkhorn River, rebuilt the flume, and installed a horizontal water turbine to power the drive works in the mill’s basement. Two runs of stone burrs were put in, and the mill opened on August 29, 1874.  Later, in 1878, two more burrs were added, increasing production. 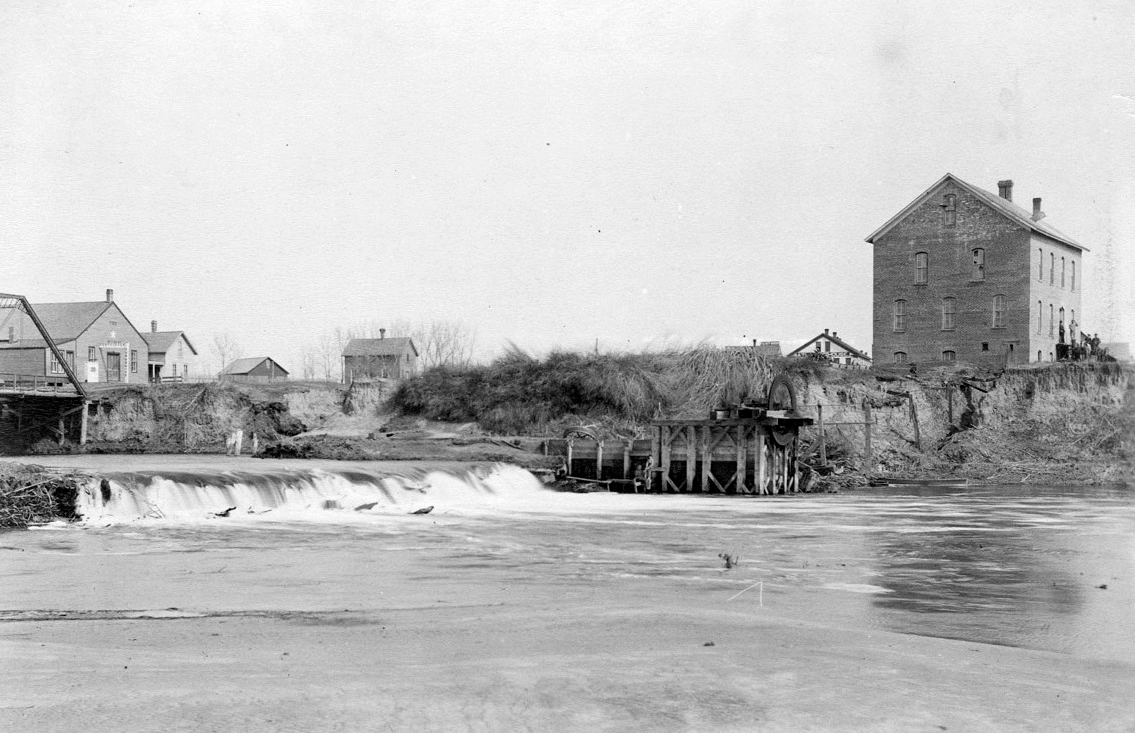 Earliest photograph of the mill, about 1885.

The 1880’s brought the modern steel roller process to Nebraska, and in 1886 the Neligh MIll converted to the new system. The stone burrs were removed and replaced by seven stands of new Allis rollers, which improved the quality of the mill’s flour and increased its capacity to 140 barrels of flour a day.

The mill received both commercial orders and government contracts. Neligh flour was shipped to the Indian reservations in South Dakota and to military posts, including Fort Robinson. During these years, the mill also exported sizable quantities of flour to England.

To keep up with the growing number of orders, the mill was operated twenty-four hours a day as often as possible. However, how often the mill could run was determined by the condition of the river — too much or too little water for the mill to use limited production. 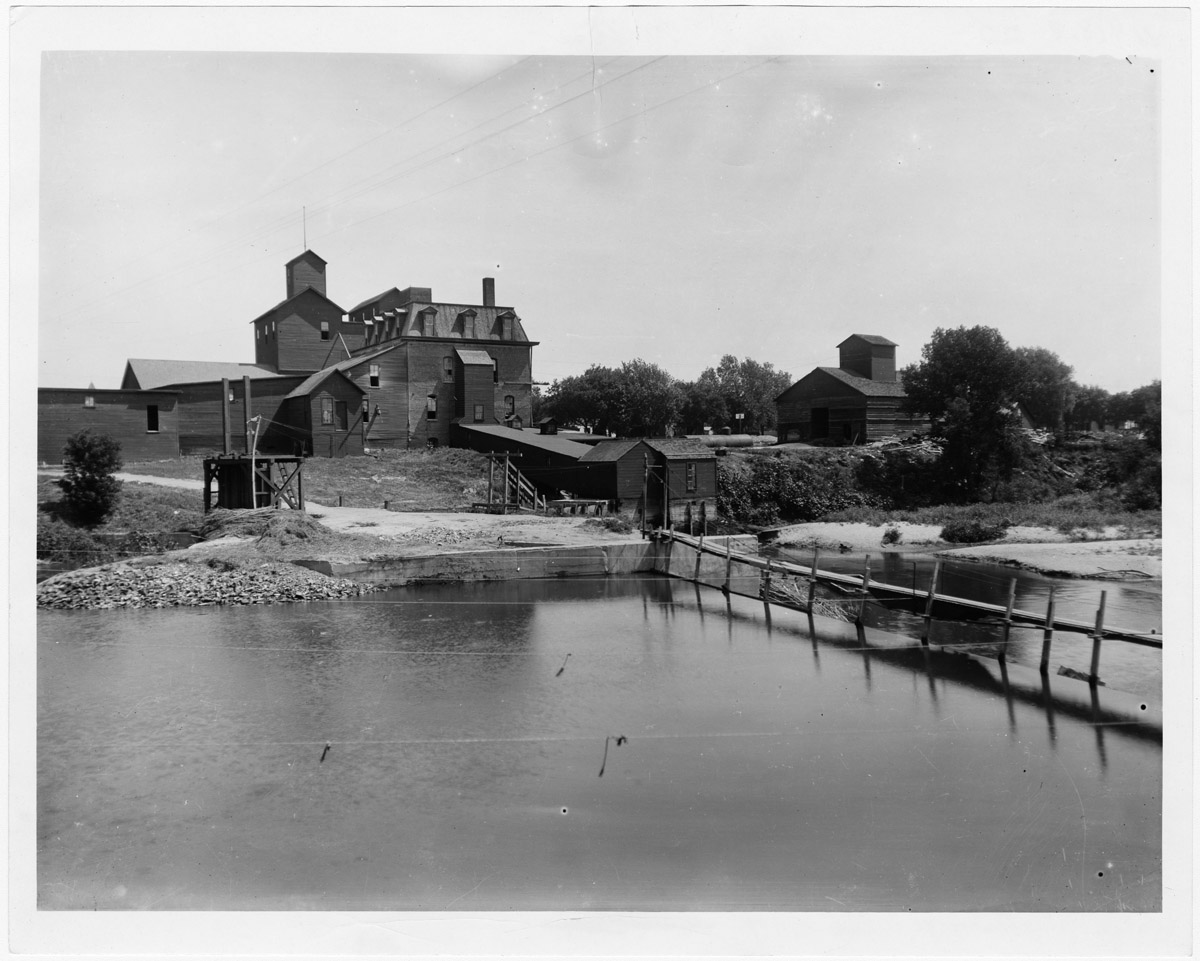 In 1894, Gallaway gave up the mill, and S.F. Gilman of Davenport, Iowa, became the owner and proprietor. During the Gilman years, the mill was greatly improved.

The drive cable from the penstock was replaced by a twelve-inch-wide leather belt, creating more horsepower to run the mill machinery. To utilize the water power provided by the river more efficiently, Gilman rebuilt the damn and improved the extensive system of dikes that became necessary on the south side of the river. A bypass spillway was constructed on the dike one-quarter mile west of the damn to better handle high water conditions.

With the water power of the Elkhorn River better harnessed, the mill began generating electricity for the town of Neligh. The growing demand for electricity in 1915 brought the installation of a 225 horsepower diesel engine to provide power for the generator. The mill continued to provide electrical service to the town until 1925 when the power plant was sold to Tri-State Utilities Co. of Minneapolis, Minnesota.

World War I kept the mill bustling, although strict government milling regulations put a limit on sales.  With the restriction on flour purchasing and use, substitutes such as corn meal had to be manufactured, and the mill received orders from other mills that lacked the equipment for that production. The final effort to continue the use of water power necessitated the construction of a new flume and penstock in 1919. However, the great flood of 1920 broke the dam and forced the abandonment of water power in favor of electricity. 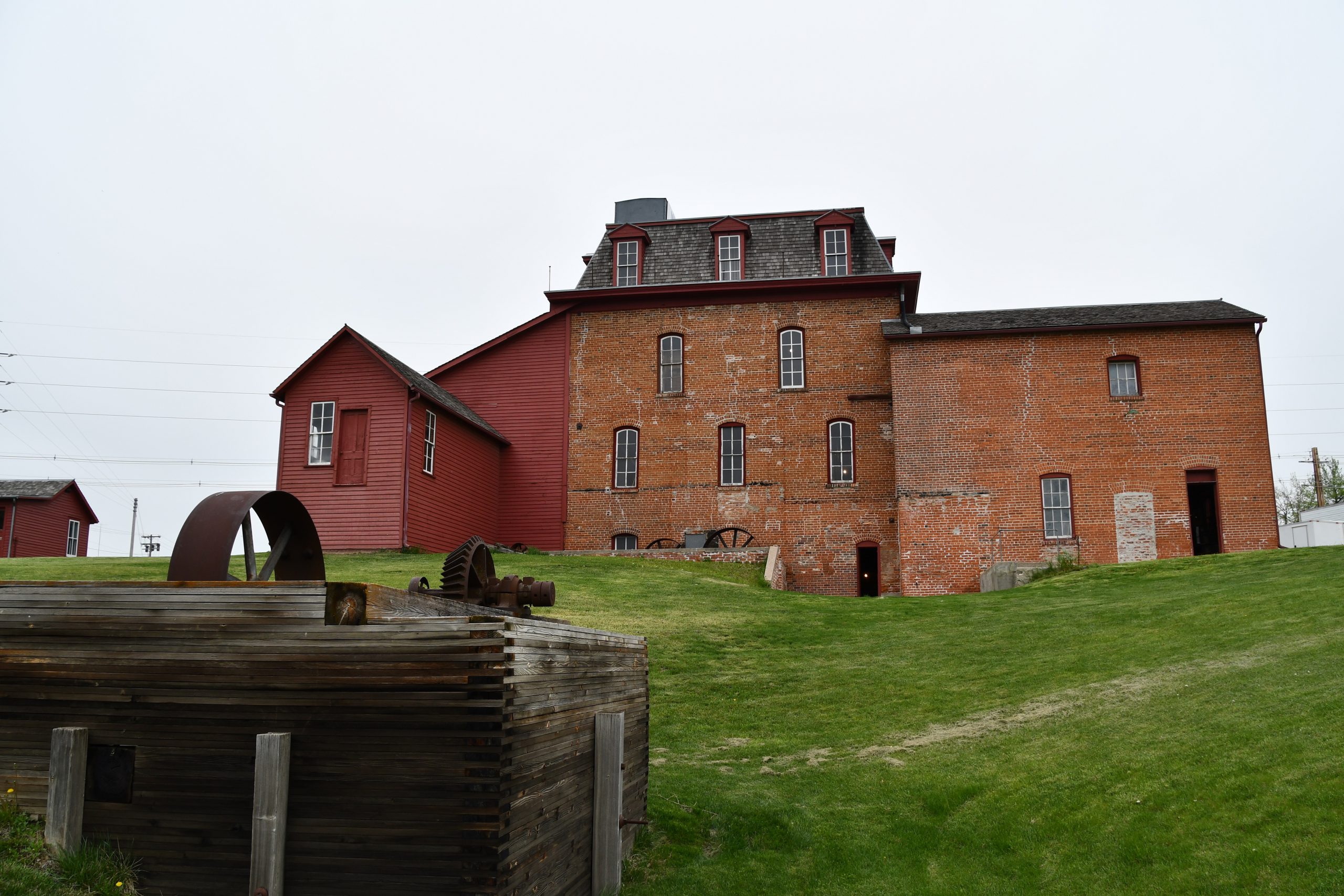 The hard years of the 1920s and the Depression of the 1930s forced many Nebraska mills to close, but the Neligh Mill remained open.  World War II brought an increase of flour production, but production dropped after the war production.

By 1959 the mill ceased to manufacture flour altogether. Although the final years of operation were spent as a feed mill, none of the flour milling machinery was removed. The last owners, Adina Vidstedt and Jay Ames, wanted the mill to be preserved, so when it closed nothing was taken out. In 1969 the mill was obtained by History Nebraska with the assistance of local contributions.

Today the old mill is operated as a historic site by History Nebraska. It is the last complete nineteenth-century flour mill in Nebraska. Exhibits on the mill’s history and operation are now found in the 1886 warehouse addition and in the 1915 addition that once housed the electrical power plant. The small mill office building is restored and contains its original furnishings. Just south of the mill, the 1919 flume has been reconstructed, and on the river, the remains of the mill dam can be seen. The Neligh Mill commemorates the importance of the flour mill in the settlement and development of Nebraska and the West.