When Fort Robinson had walls, 1875

During his many years as curator at Fort Robinson, historian Tom Buecker used to say that visitors’ most-asked question was, “Where’s the fort?” People came expecting to see a stockade, but like most Great Plains forts, Fort Robinson lacks outer walls.

That said, the earliest known photo (1875) of what was then “Camp Robinson” shows a stockade of sorts. The buildings were surrounded by a barricade of cordwood, an improvised fortification that gradually disappeared into the camp’s stoves. Soldier Creek, dotted with tree stumps, meanders through the foreground.

Only part of this view is recognizable to present-day visitors: the bluffs, obviously, and the six houses of the original officers’ row, seen in the top right of the cordwood enclosure (and in the detail below). A new parade ground was laid out in 1887 in the upper left part of the photo above, across from where Highway 20 now divides the valley.

So why didn’t the army build permanent walls at Fort Robinson and Fort Kearny? Buecker explains in this Nebraska History Magazine article (PDF). 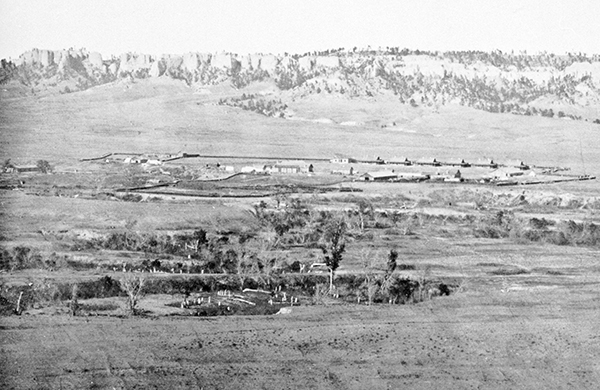 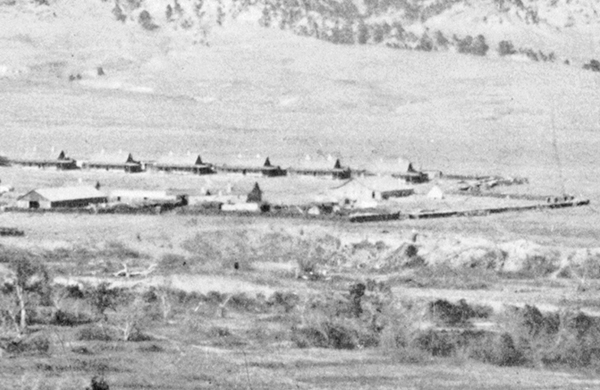